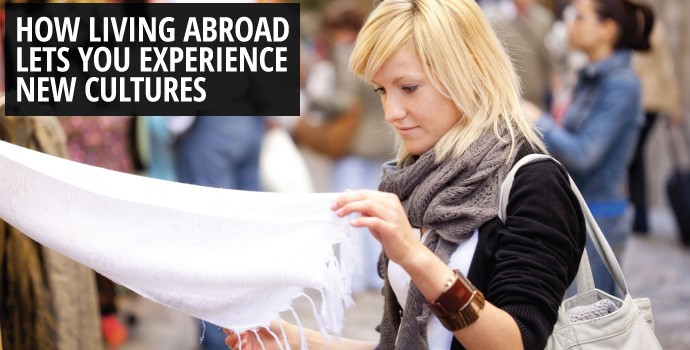 As a tourist, you never really get a full sense of another culture. Instead you only see a limited, surface view of the culture and never really get to experience how that culture actually feels and functions. Actually living in another country, on the other hand, can give you a much more in-depth and organic experience of that culture that very few outsiders ever get to experience. This is true of my experiences living and teaching English in a variety of countries, including Saudi Arabia, where I made an unexpected visit to the hospital after an accident. Read on to learn how Living (and possibly breaking a bone) abroad lets you experience culture as more than just a tourist.

It was a cool Saturday morning this past November and I put oatmeal on the stove—oatmeal that was surprisingly easy to find at the local supermarket where I lived in Al Ahsa, Saudi Arabia. Rather foolishly, after starting the oatmeal, I decided to take a shower only to realize minutes later that the oatmeal might boil over. So I stepped out of the bathroom soaking wet and in my bare feet onto the smooth, shiny tiles that covered my apartment floor and after turning down the fire, started back towards the shower. Before I knew what was happening I slipped and found myself flat on the floor with a searing pain in my left wrist. I lay there helpless and crying for several minutes, unable to move because of the pain and hardly recognizing my wrist because it was so strangely twisted. Finally I managed to support my wrist with my right hand and make it to the phone to call my friend who lived in an apartment only a few doors down from mine. As I could not get dressed, I clumsily laid clothes on top of me and my friend soon had my wrist deftly wrapped with one of my many Saudi headscarves, using a flip flop as a splint. That night at the hospital I found out that I had a severe fracture that would require surgery.

In the days leading up to my surgery I thought less about the metal plate they were going to put in my wrist and more about what Saudi hospital gowns would be like. In this country of extreme modesty, would the gowns be flimsy, gossamer things like the ones I remember from my hospital stay as a child that didn’t even cover my backside? Would they include hair coverings for female patients? After I arrived at the hospital and a nurse wheeled me into my room, I happily discovered that the gowns were thick and long-sleeved (though only knee-length) and provided 360 degrees of coverage.

As I traveled through the halls in my wheelchair, from my room to radiology and back again, languages swirled around me. Almost all of the nurses were Filipino—approximately 75% according to one nurse’s estimate—and the other 25% were Indian. Most of the doctors were Arab, though not necessarily Saudi, and the receptionists were almost exclusively Saudi. Thus I heard Filipino nurses speaking Filipino to each other, Indian nurses speaking Malayalam or another Indian language to each other and both speaking either English or Arabic to patients. Doctors spoke Arabic to each other and to the Saudi office workers but English to the nurses. My Palestinian doctor spoke to me in perfect, fluent English.

The rules of modesty in force in Saudi society still applied in the hospital due to the necessary mixing of the sexes there. Whenever I left my room, I had to wear my abaya, the long black cloak Saudi women wear in public, over my hospital gown. Downstairs in the radiology department a male X-ray technician informed me that all the female technicians were busy and asked if it was okay if he took my X-rays. I realized he had asked permission because arranging my arm for the X-rays would entail touching me and such contact by a male stranger is often unwelcome by Saudi women. I assured him I was perfectly comfortable and ended up enjoying the rare opportunity to chat and joke around with a man.

Luckily, my time in the operating room was uneventful and approximated, as far as I could tell, the experience of being in an American hospital, except that the three surgeons present spoke Arabic to each other the whole time. Back in my room I was served lunch and dinner that first day. The Filipino nurse entered my room with a smile and a cheerful “Do you like Saudi food?” It wasn’t surprising that I was to be served Saudi food in this Saudi hospital, just like my friend who, after surgery in South Korea, was served rice, soup and kimchee for every meal. My lunch was chicken biriyani, a green salad, yogurt and a small, crisp pear and dinner was similar. Breakfast the following morning suited me even better: a spinach- and cheese-filled pita, cucumber and tomato slices, a banana and a cup of tea.

I had a painful first night after declining the injection offered to relieve my pain. I asked for an alternative, needle-less pain killer but the night nurse said I would receive it only the next morning along with my antibiotics. By the time my doctor arrived to check on me in the morning, I had suffered for hours and hoped he would comfort me by sitting close when he did his checkup. (I had once read of a heart surgeon who attributed the success of his practice in part to hugging his patients and I was hoping for similar consideration from my doctor.) Instead, the doctor stood a full four feet away from the foot of my bed and asked me rather matter-of-factly how I was feeling. From my American point of view, this was decidedly unfriendly, but he no doubt thought the physical and emotional distance appropriate since I was a woman. Grumpily I told him I felt lousy and wanted the night nurse to be fired. He agreed to give me extra painkiller without a needle.

My doctor gave me ten days of sick leave, providing me with much needed respite from my tiring teaching job. But this wasn’t the only perk that went along with breaking my wrist. I also got the once-in-a-lifetime experience of staying in a Saudi hospital. While tourists usually see only famous sights and experience a culture in a rather superficial way, you can, by living abroad, experience a culture on a much deeper level and see things (like hospital gowns and hospital food) that tourists never see.

To Learn more about living abroad and teaching English, speak with an instructor at a free information session, or download our course guide!

Catherine Kelley taught overseas for a total of twelve years in six countries—Saudi Arabia, South Korea, Thailand, China, Egypt and Oman. Although currently settled in California and teaching ESL at the Yasuda Center at CSUSB and teaching for Oxford Seminars, she hopes to travel to India and southern Africa someday. She has master’s degrees in creative writing and English composition/applied linguistics.

A Life-Changing Experience in Busan, Korea